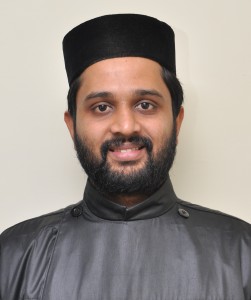 Many of you might have heard the news of a baby in Philippines, born with the stigmata of Jesus that became viral in the social media. While we want to know whether this is a hoax or not, we have seen similar phenomenon earlier. St. Francis of Assisi was the first recorded stigmatic in Christian history. Later, Christian history records many number of comparable occurrences. Mother Susan, a nun of the Malankara Orthodox Church, residing in Kerala is also experiencing this.

Stigmata refer to the wounds of Jesus that are miraculously reproduced in the body. On very rare occasions, the Catholic Church has accepted an occurrence of the stigmata as authentic, but has never defined their origin or nature, thus allowing physical, psychological, and preternatural explanations for these phenomena. Ian Wilson, in Stigmata (Harper & Row, San Francisco), declares, “They [stigmata] are one of the most baffling and intriguing of medical and scientific mysteries.”

It is possible that people had unusual wounds or blood blisters in places on their body that could be related to certain wounds of Christ. But each of these cases would need to be rationally explained. Are the wounds real or forged? Do they match the wounds of Christ or is this a product of imagination or self-inflicted? Are they natural or divine? Could they be the product of satanic activity? (We sometimes forget that Satan uses religion to draw people away from what is important). The question to ask is, how blood spots mysteriously appearing on someone’s hands is an evidence of ‘sharing in the suffering of Christ’. Does appearance of marks signify that the bearer is taking part in the suffering? If anything, these oddities minimize suffering. Obviously, there are few answers we can give or find about the stigmata.

We can only speculate and not be certain how the ‘stigmata’-wounds of the Passion looked on Christ’s body. But we do know that stigmata appear the same in all who are believed to have had them. Joe Nickell, a former detective and magician, investigates claims of the supernatural and paranormal for Skeptical Inquirer magazine, based in Amherst wrote a book on this topic in 1993. “Jesus most likely was nailed to the cross through his wrists. Once the notion that Jesus was nailed through the wrists became accepted, some stigmatics began to display wrist wounds. Here is my logic: Stigmata are supposed to be a reflection of the wounds of Christ, whatever those were like. If these were true manifestations, they ought to tell us where the wounds were,” Nickell said. Instead, stigmata appear “all over the place. There’s every kind of variant, and they keep changing.”

The evidence available is scanty with much of it supplied by supporters of stigmata. We do not see Stigmata mentioned in the bible. However, most of the occurrences started around 1200 years after the death of Christ, and there is a strong argument that it is a product of the superstitions in the darkness of the middle Ages. The Church is cautious about reported instances of the stigmata for two reasons: the possibility of a hoax (and thus all faith in God might seem questionable) and the possibility that some people could distort the meaning of the stigmata. For example, these marks might appear more central to a person’s faith than the passion-death-resurrection of Jesus, the Scriptures, the sacraments or many other things that are more central to faith than the stigmata are.

Researchers of stigmata, even Catholic believers like the late Herbert Thurston, S.J., almost unanimously agree that such phenomena are best explained as bodily reactions to intense ecstatic and psychological experiences. The film- ‘Stigmata’, one of the most controversial religious movies, released in the year 1999 was highly controversial due to the manner in which it dealt with issues close to Catholic’s hearts. A Jesuit priest, one of the main characters of this film, discovers a connection between the stigmata and one of the Gnostic Gospels (4th century religious writings condemned by the Catholic Church). The priest uncovers a plot to keep the gospels “truth” concealed.

Some modern researches has showed stigmata are of hysterical origin, or linked to dissociative identity disorders, especially the link between dietary constriction by self-starvation, dissociative mental states and self-mutilation, in a religious belief. Anorexia nervosa cases often display self-mutilation like stigmata as part of a ritualistic, obsessive-compulsive disorder. A relationship between starvation and self-mutilation has been reported amongst prisoners of war and during famines. A psychoanalytic study of stigmatic Therese Neumann has suggested that her stigmata resulted from post-traumatic stress symptoms expressed in unconscious self-mutilation through abnormal autosuggestibility.

“You shall not make any cuttings in your flesh for the dead, nor print any marks upon you: I am the LORD.” Leviticus 19:28. It could be said that stigmata are cuttings in the flesh, which seems to contradict God’s command.

One verse sometimes referred to by people who want to defend stigmata, is found in Galatians 6:17 Paul wrote: “From henceforth let no man trouble me: for I bear in my body the marks of the Lord Jesus.” The word “mark” comes from the Greek word “stigma” which means a tattooed mark, or mark burned in by a brand. Now we  know that it was against God’s law to mark one’s own body with cuttings, so Paul would not have inflict them on himself, so what did he mean?

It was common in Paul’s day for slaves and sometimes soldiers to be branded, and followers of the cult of Mithra were also branded. In later times, the followers of Hinduism marked themselves with the trident of Vishnu. The mark or brand signified ownership, a scar of service and the initiate usually bore it proudly. But in the context in which Paul is writing, he is making a defense to the Judaizer, who practiced circumcision, and he refers to his own physical sufferings which he had had to endure for the sake of the Lord Jesus. These, he says, are his stigma, or branding. The scars, scratches, and bruises in his body are proof of His ownership.

The Amplified Bible says: “From now on let no person trouble me (by making it necessary to vindicate my apostolic authority and the divine truth of my Gospel), for I bear on my body the (brand) marks of the Lord Jesus (the wounds, scars, and other outward evidence of persecutions – these testify to His ownership of me)!”

MY PERSONAL VIEWS AND THOUGHTS:

I am sure that stigmata exist as real wounds in some people’s bodies. I also believe visions, apparitions, signs and wonders have been seen and experienced by many people down through the ages and that stigmata are just one of hundreds of other similar marvels. However, it is not the authenticity of stigmata that should be our main interest; it is what these wonders are pointing to. The devil is able to perform signs and wonders too, for example, the wizards of Egypt were able to turn water into blood, as well as Moses, but the wizards were pointing away from God, and were fighting against Moses.

The Bible depicts that Jesus came to the world and gave His life as the ultimate sacrifice. Nothing can be added to or taken from the one great sacrifice. On the other hand, Stigmata is challenging the finality of the death and resurrection of Jesus Christ because it seem to be extending it, and repeating it at least in some measure. It would therefore seem that, despite their absolute sincerity, those who manifest stigmata are not being worked on by the power of God. They are manifesting lying wonders with their force being either demonic or psychosomatic, or a combination of both. We would do far better if we put our trust in the finished work of Jesus than seek after people who seem to be in a state of crucifixion all over again. No one could bear the sins of the world except Jesus. It is futile to even imagine bearing those sins in our own body, and a great insult to God to think that we could HELP Him with the redemption of the world.

The media are always looking for ordinary people doing extraordinary things. And it is no surprise how the news about Jejomar Castillo, baby with stigmata of Jesus born on March 15 in Philippines went viral. We have entered the second half of the Great Lent; we meditate and reflect on the sufferings of Jesus Christ. This is a time when we are doing an unusually amazing job, staying focused but newsflash like this are too tempting. It is imperative we should keep our focus on the Cross. Can we compare anything with the sufferings and wounds inflicted on Christ? Can any human being share the pain Christ suffered for us? That is why our father in Christ, St. Thomas who proclaimed the faith in the resurrected Christ demanded to “see in his hands the print of the nails, and put his finger into the print of the nails, and thrust his hand into Jesus’ side (John 20:25)”. For a believer, these are personal marks of the identification of our Lord Jesus Christ who died for us on the Cross. I, as a believer, cannot find the same wounds in anyone or anywhere.

I pray for baby Jejomar’s speedy recovery but am greatly saddened by the so called believers’s responses: “Welcome to the Saviour”, “biblical return of Jesus Christ”. Holy Scripture reminds “O foolish Galatians! Who has bewitched you, before whose eyes Jesus Christ was publicly portrayed as crucified? “(Gal 3:1). This verse compels us to ponder if we wish to be foolish like the Galatians and be infatuated by events such as stigmata or we rekindle our faith in Christ, Our Saviour.

Christians must not waste time or devotion dwelling on miracles and wonders. These ‘stigmata wounds’ does not move me or ‘strengthen’ my faith in Christ, but I am stirred by martyrdom of the 21 Coptic Orthodox young men and the sufferings of the 72 year ol

d sister who was ganged raped in Bengal, examples of true believers taking part in the suffering of our Lord Jesus Christ.

Let signs and wonders spark valuable conversation rather than being the manifestations of spiritual realities. Let us be filled with the Holy Spirit leading us into a life of holy living, not be in a state of awe and reverence for the occurrences of body marks corresponding to the crucifixion wounds of Jesus Christ.