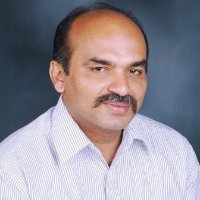 Q.) Who is Catholicos Aram I?

He is the head of the Cilician See of the Armenian Apostolic Church.

Q.) What is his full title?

His Holiness Catholicos Aram I Keshishian (born 1947, elected 1995), Catholicos of the Cilician See of the Armenian Apostolic Church.

Q.) Where is his place of residence?

HH Catholicos Aram I Keshishian resides at Antilyas in Lebanon.

Q.) Is Lebanon and Cilicia the same?

Cilicia is located in present day Turkey. Lebanon is an independent nation in the Middle-East.

Q.) Why isn’t the Cilician See of the Armenian Apostolic Church located in Cilicia?

An explanation is given in the official website of the Cilician Catholicate:

‘‘During World War I (1915-1918), one and a half million Armenians were massacred by the Turks. In 1921, when the French forces evacuated Cilicia, a second wave of massacres ordered by Kemalist Turkey took the lives of another three hundred thousand Armenians. The rest of the Armenians were forced to leave their homeland and found refuge mostly in Syria and Lebanon. The Catholicosate in Sis was robbed and ruined by the Turks. Catholicos Sahak II followed his flock in exile. After wandering in Syria and Lebanon, in 1930, he established the Catholicosate in Antelias, Lebanon.’’

In other words, they were forced to leave Cilicia and Turkey due to circumstances and Antilyas was the final destination after many peregrinations.

Q.) Give a biographical sketch of HH Catholicos Aram I?

Born in 1947, in Beirut, Lebanon, His Holiness Catholicos Aram I after studying at the Armenian Theological Seminary, Antelias, Lebanon and the Ecumenical Institute of Bossey, Geneva, Switzerland, received his M.Div. from the Near East School of Theology, his S.T.M. jointly from the American University of Beirut and Near East School of Theology, and his PhD from Fordham University in New York. He also holds several honorary degrees. His major areas of specialization are Philosophy, Systematic Theology, and Near Eastern church history.

Catholicos Aram I was ordained as a celibate priest in 1968 and obtained the title of Vartabed (Doctor of the Armenian Church) in 1970. In 1979, after serving for one year as Locum Tenens, he was elected Primate of the Armenian Orthodox Community in Lebanon; the next year he received Episcopal ordination. In June 1995, His Holiness was elected Catholicos (the Head of the Church) by the Electoral Assembly of the Armenian Catholicosate of Cilicia (35 clergy and 115 lay representatives), and was consecrated one week later.

Q.) Give an estimate of the strength of the Cilician See of the Armenian Apostolic Church?

The Cilician See of the Armenian Apostolic Church has about 1.2 million faithful, spread over 14 dioceses, primarily in the Middle-East and North America.

In contrast, the Mother See of the Armenian Apostolic Church in Ejmiadzin, Armenia, has around 9 million faithful.

Q.) How many times has the Catholicos of the Cilician See of the Armenian Apostolic Church visited Malankara?

The visit of HH Catholicos Aram I in 2010 was a first for the Cilician See. In the past, Supreme Catholicos Vazgen I of the Ejmiadzin See of the Armenian Apostolic Church had visited Malankara in 1963 and was an honoured guest at the inauguration of the Catholicate Palace at Devalokam, Kottayam.

Again, Supreme Catholicos Karekin II of the Ejmiadzin See visited Malankara as an honoured guest of our Church in 2008.

Q.) Which are the Sees in the Armenian Apostolic Church?

The Armenian Apostolic Church has four Sees, two under Catholicoi, and two under Patriarchs.

Two of them (Ejmiadzin & Cilicia) are autocephalous, while the other two are autonomous.

The Ejmiadzin and Cilician Catholicoi enjoy equal rights and privileges, but only the primacy of honour is given to the Catholicos of Ejmiadzin.

In the Armenian Apostolic Church, the two patriarchs occupy offices in subordination to the Supreme Catholicos.

Q.) How did the Cilician Catholicate come about?

A.) In antiquity, Armenia’s location in the historical crossroads where rival Roman and Persian (later Ottoman) empires clashed for domination made its independence a precarious commodity. As a result, its Catholicate had to be frequently relocated. The Catholicos first started residing in Ejmiadzin in 300 AD.

The see was relocated to Dvin in 485 AD. From 927 AD to 1293 AD, the see was relocated to various places. Armenia’s precarious independence was totally extinguished by 968 AD, and people started emigrating elsewhere. Such immigrants carved out a safe haven in Cilicia (present-day Turkey), outside the borders of the traditional Armenian homeland. Here an independent Armenian monarchy, known affectionately as Little Armenia, existed for three centuries from 1080 AD to 1375 AD. It was to this Cilicia that the Ejmiadzin Catholicate was relocated in 1293 AD.

Q.) How did rival Catholicates come into existence?

A.) In the 15th century, a window of peace once again descended on Armenia proper. Little Armenia, meanwhile, had lost its monarchy and had come under the control of Egyptian Mamelukes. It was then (in 1441 AD) that it was suggested that the Armenian Catholicate be shifted back to the Mother See of Ejmiadzin. Unfortunately, this was opposed by the presiding patriarch (Gregory IX), while a majority of his synod favoured the relocation. They elected a new patriarch (Giragos) and moved on, while the serving Patriarch continued to stay on in Cilicia.

Q.) How did both the Catholicates retain autocephaly?

A.) The new Ejmiadzin Patriarch was consecrated by bishops of the church since the Mother See was autocephalous since antiquity. And since the incumbent Patriarch continued residence in Cilicia, that church retained its autocephalous status. This is how two separate autocephalous churches came into existence in the Armenian Apostolic Church.

Q.) How did two other Patriarchates come into existence?

A.) There always existed a small Armenian community in Jerusalem centered around the St James Monastery. The bishop of this church took for himself the title Patriarch in the 13th century. This is just considered an honorary title. The Constantinople Patriarchate was arbitrarily created by Ottoman Caliph Mehmed II in 1461. He raised the bishop of Constantinople to this new status. This Patriarch was made the head of the millet of all the non-Chalcedonian churches, including the Syriac Church. With millions of faithful under his fold, at one point the Constantinople Patriarch towered over even the Ejmiadzin Catholicos in importance.

Q.) How did it come about that the most important diaspora of the Armenian Apostolic Church — the United States — is divided between the Catholicates in Ejmiadzin and Cilicia?

A.) After horrors of World War I in Turkey, Armenia enjoyed a small period of independence from 1918 to 1920. This was the first independent Armenian state in about 1,000 years. Threatened with subjugation by either the Turks or the Soviet Union, the leaders of this state chose to ally with the latter since the horrors of the World War I experience in Turkey were still fresh in memory.

Unfortunately, the Soviets behaved in a highhanded manner and snuffed out the nascent independence. As a result, the party that lost out power in the short-lived Armenian state, known as the Dashnaks, continued to be active in the American diaspora as virulent anti-Communists. It began to take a view that the Armenians who stayed behind in the mother country, as well as their Ejmiadzin-based Church (actually a church which underwent horrific sufferings under the Communists) were all somehow tainted by Communist-affiliation.

As the poison spread, parishes, congregations, families, individuals all turned against each other in the huge Armenian diaspora in the US (present population one million-plus against nearly three million in Armenia proper). It was in this context that the assassination of Archbishop Levon Turian by Armenian extremists took place in 1933, polarizing the community divide further. Several parishes broke off from the Diocese, accusing the latter of being Communist stooges. There was no fraternising, and marriages between the two groups ceased to exist.

Into this void, the Catholicate of Cilicia (now based in Antilyas, Lebanon) — which itself was having problems with Ejmiadzin — stepped into nurture the non-Diocesan churches. Today the Armenian church in the United States and Canada is divided into  ‘Dioceses’ (under Ejmiadzin) and ‘Prelacies’ (under the Cilician Catholicate).

Both the Catholicates enjoy jurisdiction often in the same city.

Q.) Are there any cultural differences between Armenians belonging to Diocese churches and Prelacy churches in the United States?

A.) There are. Armenian-speaking immigrants from the Middle East often joined the Prelacy fold on reaching the US. The Prelacy churches, perhaps influenced by the Dashnaks, were more nationalistic, insisted less on integration and more on speaking in Armenian, and for decades looked forward to an independent Armenia. The Diocese Churches are more cosmopolitan and integrated with the idea of America.

Q.) Have there been instances when clerics from one faction have headed the other church?

There have been. During the World War II period, Archbishop Karekin Hovsepian of the American Diocese (under Ejmiadzin), was elected Catholicos of the Cilician Church (Karekin I). Another notable example was the case of Archbishop Karekin Sarkissian. As a bishop of the Cilician Church, he headed the Eastern Prelacy of the Cicilian See in the US. In 1983, he returned to his mother church as Catholicos of Cilicia (Karekin II). In 1995, he created history when he became the first Catholicos from Cilicia to head the mother church at Ejmiadzin (Karekin I). He passed away in 1999.

Q.) Since Armenia is now an independent republic, and Ejmiadzin considered the Mother See, why have two Catholicates now?

There’s no definite answer to this. One reason could be the pull of tradition. The Cilician Catholicate has been in existence for some eight hundred years. At several periods of crisis for the Armenian people, the Cilician Catholicate has stepped in to provide leadership in place of an enfeebled Ejmiadzin Church. Armenian independence today maybe a reality, but considering the tumultuous history of that people and the hostile geography where that nation finds itself located, nothing can be taken for granted. Powerful forces like a revitalised Russia can once again snuff out this precious independence and curtail the freedom of that people. Therefore, the Cilician Catholicate maybe a necessity as an insurance policy for Armenians.

Q.) What relationship does MOSC have with the various wings of the Armenian Church?

Also, in another instance of the fraternal ties between our church and the Mother See of Ejmiadzin, the Saint Peter’s Armenian Church in Colaba, Mumbai, is being taken care of by our church, where we hold Holy Qurbana attended by the surviving Armenian diaspora members.

In the past, Supreme Catholicos Vazgen I of the Ejmiadzin See of the Armenian Apostolic Church had visited Malankara in 1963 and was an honoured guest at the inauguration of the Catholicate Palace in Devalokam, Kottayam.

Again, Supreme Catholicos Karekin II of the Ejmiadzin See visited Malankara as an honoured guest of our Church in 2008.

The Armenian Patriarch of Jerusalem had visited Malankara in 1963 as well as in 1972. Delegates from Malankara, including our Catholicoi, have graced solemn ceremonies of the Armenian Apostolic Church several times.

The visit of HH Catholicos Aram I of Cilicia in 2010 provided a great opportunity to improve the relationship between the two Churches and bring it to the same level of the fraternal ties shared between the Malankara Orthodox Church and the Mother See of Ejmiadzin.