Oommen Chandy’s church has hard-hitting message for him 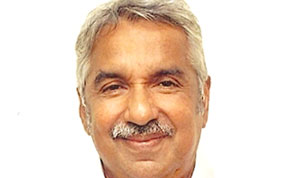 He had tense relations with Paulose II while he was in office from 2011 to 2016.

Thiruvananthapuram: In a hard-hitting message to former Kerala Chief Minister Oommen Chandy, the head of his church said on Monday that he no longer felt like a “political orphan” now that the new government is in office.
“We now feel that we are no longer political orphans which we were under the previous government. We have wished the new chief minister the very best and have given him our support,” said Baselios Marthoma Paulose II, the head of the Malankara Orthodox Syrian Church after meeting Chief Minister Pinarayi Vijayan.

Chandy is a member of the same church, which is headquartered in Kottayam. He had tense relations with Paulose II while he was in office from 2011 to 2016.

The strain in their relationship has a lot to do with the church’s schism and dispute with the Jacobite faction of what was once the united Malankara Orthodox Syrian Church.

The church complains that Chandy did not take its side in its property dispute with the Jacobite faction. It’s bishop

s would not share the stage with Chandy, when he was chief minister, or his cabinet ministers, as a protest.

Chandy has had his own compulsions — some senior Congress leaders are members of the Jacobite faction.

The CPI-M, on the other hand, pleased the bishops by fielding Veena George, who is the wife of a top office bearer of the church, from Aranmula assembly constituency in Pathanamthitta district.