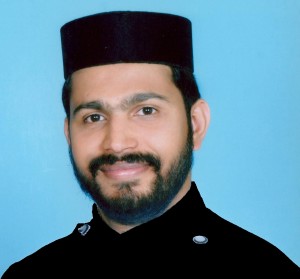 Jews had a great dream about the establishment of a new kingdom and a great emperor like King David. They expected that Jesus would proclaim his kingship one day. After Jesus raised Lazarus from death the expectations about Jesus increased. However, since Jesus knew that his mission would be completed in a few days he wanted to make his disciples aware of the nature and expanse of his kingdom. He declares that he is the prince of peace and humility and that his kingdom is beyond earthly boundaries (Zach 9:10). It resembles King Solomon’s journey (1 Kings 1: 43-45).

The unnamed owner of the donkey is depicted as role model for a Christian believer. The Bible does not say if Jesus knew the donkey’s owner before, but it is very obvious that he was not reluctant to give up his donkey to the Lord. It might have been his valuable mode of transportation or means of living. Nevertheless he became ready to become submissive to God’s will. We all have some kind of ownership in this world;just as we all have some kind of donkeys in our lives. But are we ready to provide our donkeys to carry Jesus and present him as ‘the prince of peace’? Paul well said that Jesus “set his seal of ownership on us, and put his Spirit in our hearts as a deposit, guaranteeing what is to come.” (2 Cor.1.22). Readiness to provide the ownership to our Lord is an important aspect of Christian life. Job very well understood this value of ownership and prayed ‘ “Naked I came from my mother’s womb, and naked I will depart. The LORD gave and the LORD has taken away; may the name of the LORD be praised.” (Job.1.21)

The crowd and their slogans frightened and disturbed the Jews. Pax Romana was the code of law enforced to keep the nations together, hence the Jews feared the Romans. Therefore slogans like ‘Son of David’ disturbed the Jews and they assumed that this would turn the Romans against the Jews. This prompted the crowd to say ‘rebuke your disciples’. Jesus quotes the prophecy that the ‘stones will cry out’ (Hab.2.11) to teach them that God’s creation is not just humans but the whole universe. Jesus’ mission is not just for humans but also for the entire cosmos. When humans fail to glorify God, nature does. John the Baptist also proclaims the same in Luke 3:8, Matthew 3:9. On Good Friday when the crowd cries out to crucify Jesus, nature cries – there was darkness at noon, sunlight failed and the curtain of the temple tore into two. At his resurrection, the stone was rolled out. The worldly pressures threaten the believers not to praise our Lord. In our work places, in the midst of modernity and human pride, we try to be silent. When humans fail to praise, God the nature wakes up glorifying God, through the chirping of birds and the gushing of water in streams. The fear and laziness of dispassionate humans to witness and praise God must be turned away.

The purpose of God’s temple was redefined and rerouted. The spiritual gathering turned into a commercial gathering. This is the only instance in the Bible where we see Christ showing anger and punishing people. God’s intervention is obvious in various occasions in the history of God’s people. Adam and Eve were expelled when their mission was distorted. (Gen. 2)  Saul was replaced when his mission was distorted (1 Sam. 15). Eli’s sons were rejected when they become wicked (1 Sam. 2). As such in our contemporary world,churches, parishes and spiritual organizations also need to review and revisit the daily schema. This is extremely important, as tremendous concentration on the institutionalization and external developments seems to be deforming the spiritual exercises of a worshiping community.

Hosanna (Latin osanna, Greek- ὡσαννά, hōsanná), is derived from the original Hebrew word hoshi’ah na (הוֹשִׁ֨יעָ֥הנָּ֑א) which means save, help or rescue. Let us all pray together: Save us O Lord from the distorted mission, help us to understand the importance of being passionate about the name of the Lord and rescue us from the lack of perspicacity of ownership. Thus let us prepare to be with Christ during the passion of Christ. 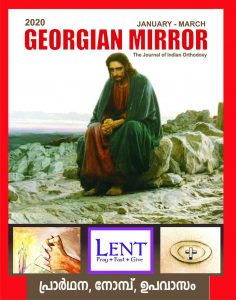