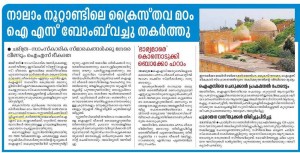 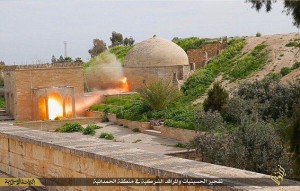 Mor Benham monastery was captured by ISIS last July in a lightning advance that saw the militants seize control of vast swathes of northern Iraq – including the country’s second largest city, Mosul.

The monastery was built in the 4th century by an Assyrian king named Senchareb as a penance for killing his son Behnam and daughter Sarah after they converted to Christianity.
The monastery, after its establishment continued its work and contributed greatly to the Christian world under the care of the Syriac Orthodox Church.

On March 19, 2015 ISIS released photos showing the blowing up of the historic tomb of Saint Behnam.