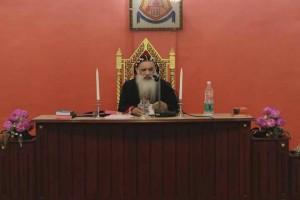 The synod of the Malankara Orthodox Syrian Church, which of late found itself in media glare for all the wrong reasons, began here on Tuesday.

The five-day meet of the highest ecclesiastical body of the Church is expected to announce major decisions and directives.

Catholicos of the East and Malankara Metropolitan Baselius Mar Thoma Paulos II, head of the Church who chaired the opening session, set the ball rolling making it clear to the faithful that their actions should be beneficial to the Church and society.

He asked them to be mindful of their utterances and act with mutual understanding and unity. 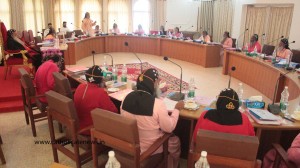 He called upon the believers to strive to overcome both internal and external challenges.

The Catholicos’s speech is believed to be a guidance to the laity, the priests and the hierarchy at a time when the Church was facing unprecedented situations in the form of a sexual controversy involving some priests, the perceived lack of improvement in the dispute with the Jacobite Syrian Christian Church and also the efforts from sister Churches to get involved in the dispute.

The synod is being held at the Church headquarters at Devalokam, near here.