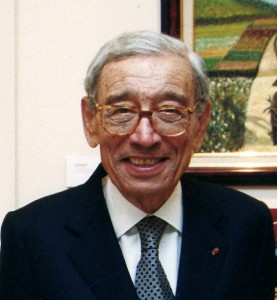 The former UN secretary general Boutros Boutros-Ghali, whose term was marked by war in the former Yugoslavia, massacres in Rwanda and repeated battles with the US, has died at the age of 93.

A diplomat who helped secure peace deals between Israel and his native Egypt, Boutros-Ghali served as UN chief from January 1992 to December 1996, and became the first secretary general to be deprived of a second term as he struggled to impose the UN’s writ in a post-cold war world. He was the first African to hold the position.

Repeated clashes with the world’s dominant power meant his second term was opposed by then US secretary of state Madeleine Albright and president Bill Clinton, who garnered the mixed support of some EU nations, including the UK, to block him. He was succeeded by Kofi Annan.

In common with other secretary generals, Boutros-Ghali battled to overcome the differences on the security council, and his own reputation as a strong-minded, even vain, diplomat led him to create powerful enemies in Washington.

Although he had entered office promising to make the UN a more interventionist force, its inability to act in many major disputes damaged his reputation. He was, however, instrumental in helping to organise famine relief in the Horn of Africa.

His critics claim it is a permanent stain on the UN’s reputation that it failed to act during the 1994 Rwandan genocide and equally did not push hard enough for UN intervention to end Angola’s civil war in the 1990s. More than 800,000 Rwandans died despite the presence of UN troops. He admitted later Rwanda was “my worst failure at the United Nations”.

UN troops were little more effective in the former Yugoslavia and failed to prevent the deaths of about 8,000 Bosnian Muslim men in the Srebrenica massacre of July 1995. He shocked many in Sarajevo when he said he was not trying to belittle the horrors in Bosnia but that there were other countries where the “total dead was greater than here”.

In Somalia the UN did nothing to prevent the deaths of 18 US army rangers in Mogadishu in 1993 – an episode that led to a loss of American trust in the UN, and Boutros-Ghali’s eventual departure.

The US, which also owed the UN millions in unpaid subscriptions, regarded him as an ineffective figurehead.

Boutros-Ghali came to regard the US state department with disdain, writing in 1999 in his autobiography after his departure: “Coming from a developing country, I was tra

ined extensively in international law and diplomacy and mistakenly assumed that the great powers, especially the United States, also trained their representatives in diplomacy and accepted the value of it.

“But the Roman empire had no need of diplomacy. Neither does the United States.”

He also warned the end of the cold war meant the US was no longer interested in Africa. He said: “Nobody is interested in the poor countries in Africa or anywhere in the world. They can easily forget Somalia in 24 hours.”

In private he was an aesthete, amassing an expensive collection of art and antiques, and enjoying a fondness for tailored suits, fine wine, and exotic food.