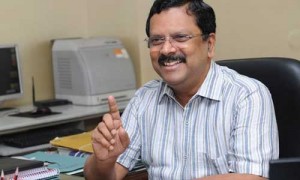 The winners of Bhadradeepam awards, instituted by the Thiruvananthapuram Diocese of the Malankara Orthodox Syrian Church, have been declared.

The winners were chosen for their contribution to their respective fields. The awards will be presented at a function that will be held at the Ulloor Holy Trinity Chapel on July 19, diocesan secretary M. Alexander Vaidyan Cor Episcopa said.