Patriarchal visit to State can be a game-changer 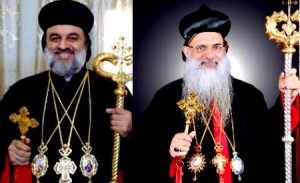 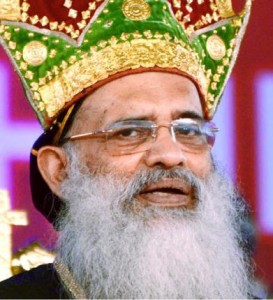 Catholicos of the East Baselius Mar Thoma Paulose II, in a letter to Patriarch of Antioch Ignatius Aphrem II (right) last month, wished that the latter’s visit would help bring peace in the Malankara Church. 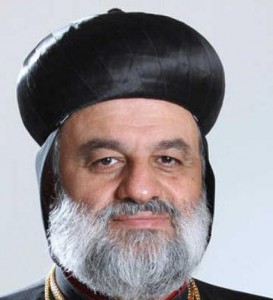 Though there has been no let-up in the tussle between the Jacobite Syrian Christian Church and the Malankara Orthodox Syrian Church in the decades-old Church schism, the first ecclesiastical visit of Patriarch of Antioch Ignatius Aphrem II to Kerala has raised a lot of expectations among those who want lasting peace among the warring Christian congregations.

What has raised the hope is the unexpected words of goodwill sent to the visiting dignitary by Orthodox Church head Catholicos of the East Baselius Mar Thoma Paulose II. According to Church authorities, in a letter mailed to the visiting Patriarch last month, the Catholicos wished that his visit would help bring peace in the Church and in land.

“This is a major development during the past four decades or more, when the Malankara Church witnessed another schism. However, there has been no change in the stance of the Catholicos, who believes the initiative should come from the Patriarch side if a lasting solution is to be found for the hostility,” said a Church spokesman to The Hindu .

No one expects any major tangible outcome in finding a lasting solution to the fratricidal war during the visit. However, any reciprocal measure from the side of the Patriarch to the Catholicos’ words of goodwill will go a long way in breaking the ice, it is pointed out.

“No one here expects a final decision regarding contentious issues during the visit. But any response echoing the words of goodwill will help us to begin the arduous journey to find lasting peace in the Church,” said sources.

The elevation of Mar Aphrem II to the august position itself had raised a lot of hope among those who were striving for peace in the Church since as the Archbishop of the Diocese of Eastern United States of America, the then Mar Cyril Aphrem Karim (his episcopal name),

he had several friends in the Orthodox Church and had close contact with many of the important Church dignitaries in the State.

The dynamic stance he had taken on the Church schism had resulted in his detractors accusing him of micromanaging the affairs of the Church in Kerala.

The peace-lovers in both the Churches are fully aware of the pitfalls but are pinning their hope on the next steps in the carefully choreographed peace moves so that the Patriarchal visit can be turned into a game-changer in the decades-old Church feud.