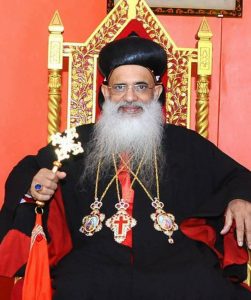 Says Church has taken a consistent stance in sex scandal

The Church has taken a consistent stance in the alleged sex scandal involving a few of its priests, said Catholicos and Malankara Metropolitan Baselius Mar Thoma Paulose II, the supreme head of the Malankara Orthodox Syrian Church.

Addressing the Church managing committee, the highest executive body of the Church, which met here on Thursday, the Catholicos said the Church had always maintained that those who were found guilty in the case should face the consequences, but the innocent shall not be punished.

He also came down on those who took the opportunity to insult the entire priestly class and denigrate sacraments such as confession. He said those who took such positions had not done it with the right intention.

The Catholicos said the Church was engaged in an effort to bring peace in the Malankara Church even as it strove to maintain its identity as an ancient Indian Church.

The peace efforts were being made on the basis of the Court verdicts and also the provisions of the 1934 Constitution of the Church, he added.

The Catholicos said the Church would take a serious view of those who worked against the efforts of the Church in this regard.

He called upon the faithful to work for the endurance of the nation’s independence and secular credentials. He wanted the members of the Church to extend their helping hand to those who were affected by the unprecedented flood situation in the State.

The meeting decided to initiate contempt of court procedures against those officials who were reluctant to implement the various court orders in the Church case.

It also criticised the ‘immoral’ stance taken by a section of the media which according to the committee, had published untrue stories about the Church which were aimed at defaming the Church.