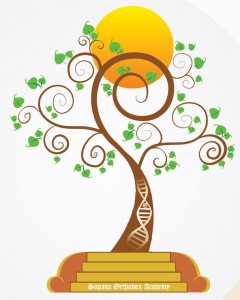 The Sopana Orthodox Academy invites its members and friends to join the World Day of Prayer for Creation on September 1, and the worldwide celebration of the Time for Creation together  with the  Orthodox Churches, the Roman Catholic Church and all the member churches of the World Council of Churches from September 1 to October 4, the feast of St Francis of Assisi.

Remembering God’s world with love, and offering the whole of creation to the Creator God with praise and thanksgiving is integral to the Eucharistic celebration. It involves on our part  a holy commitment to care for the earth and its ecosystems and rejoice with all creatures that inhabit our planet. As the Psalmist sings, all living beings that live on earth, in the sea and the air join us  in the great Doxology of praising the Triune God in joy and gratitude.

Metropolitan Paulos  Mar Gregorios of blessed memory in  his book The Human Presence: An Orthodox View of Nature, (Geneva,1978), probably the first major Orthodox contribution to the theology of creation in the 20th century, says that technology as an extension of the human body can help us to embrace the whole universe not in a spirit of exploitation and destruction but of love, care and communion. He advocates the right balance between a reverent-receptive attitude to creation and the  objectifying-analysing approach of science and technology. “The mastery of nature must be held within the mystery of worship. Otherwise we lose both mastery and mystery”, says Mar Gregorios.

(The Sopana Orthodox Academy  at the Baselios Dayara of the Malankara Orthodox Church, and the Kudil-Hermitage of the Saha Dharma Fellowship in the Peermedu hills of Kerala are planning to celebrate the Season of Creation in appropriate ways)