Mastery and Mystery according to Paulos Mar Gregorios – II 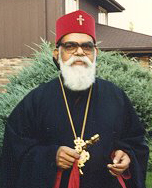 With the development of modern scientific temperament and science education a good  segment of educated population is aware of the first attitude, that is, the objectifying-analysing approach to material reality.

The human subject who analyses an object keeps a distance from it. This necessary distance between the subject and the object is the basis of the famous objectivity in scientific research and findings. This approach usually creates what is called the subject-object dichotomy, the impersonal and cold separation between the analyser and the analysed. Even when analysing a living human being or the social behaviour of a group of people, the researcher is not psychologically swayed or ideologically biased in conducting the research. In physics and chemistry, in botany and zoology we follow this scientific method. Social sciences like economics and sociology desperately try to follow this method in order to be scientific. One of the expected results of this method is the discovery of scientific truth that can be objectively verified by anybody anywhere at any time under laboratory conditions. The increase in our capacity for prediction is another important outcome. Scientific predictability has made big advances in our scientific technological era.

The other side of this magnificent scientific accomplishment is that we tend to apply the objectifying-analysing techniques to all areas of human quest and research. Unfortunately our usual scientific tools do not fit in with the infinitely vast space of human experience, and the unchartered territories of human emotional and spiritual aspirations. Most people who believe in a scientific temperament then tend to accept a certain scientific reductionism, and dispense with anything or any experience that does not fall within the usual objective scientific frame.

The other approach, namely, the reverent-receptive attitude is quite different from the objectifying-analysing one. According to Mar Gregorios, “it is the attitude of being open to fundamental reality as it manifests itself to us through visible, audible, sensible realities in the creation”. He warns us that this fresh attitude should not be adopted as an alternative to the scientific technological attitude but as its necessary complement. Unless we keep them together in the right balance the scientific technological attitude becomes harmful and the reverent-receptive attitude turns obscurantist and self deceiving.. Mark Gregorio’s invokes the well-known scientist and philosopher Michael Polanyi, a Hungarian Jew who emigrated to Germany and also taught in England. In his analysis of creative scientific discovery Polanyi brings out the key role played by passive receptivity. Mar Gregorio says that this childlike receptivity should not remain confined to scientific discovery but should be considered necessary for  the practice of science as well.

While we have many excellent examples in poetry, literature, music and art that illustrate the reverent-receptive attitude, a deeper level of it is found ” in true prayer- not prayer as another manipulative technique to control reality, but as self-surrender and receptivity, prayer in which repentance and the self-emptying are followed by self-dedication and a willingness to be moulded anew by the gladdening  light”. At its sublime level this prayer is not simply petition or even intercession, not prayer for oneself, not for some utilitarian purpose, but prayer as a communication of love with the Truly Other of all creation, the fulfilment of creation by surrender to the loving arms of the creator.

Mar Gregorios recognises that the quality of such prayer is difficult to realise in our civilisation. However, without that all that we do in terms of environmental cleanliness, creation of new energy sources, reshaping of technology to more human levels, inclusive understanding of nature and even the creation of a just international society can be meaningless and irrelevant for our deeper fulfilment. It seems that because of the alienation created by science and technology we think only of two possibilities in our relationship to reality: either to stand apart from it knowing it objectivity or to manipulate it technologically.. He laments that “we have lost the faculty of addressing reality as a whole, of seeing in it the source and sustainer of life, of responding to it with reverence and receptivity, and of surrendering ourselves to it in all-fulfilling love”.

Mar Gregorios points out the view of perceptive philosophers of science who hold that science itself is holistic in that it seeks to find a clear and simple unity in reality as it presents itself to us. The search for what is called the Theory of Everything is an example. But here the ultimate aim of science is to find an explanation for all things in terms of a single set of laws. It seeks a unity of all within our knowledge and control. Mar Gregorios, however, is concerned here not with explaining reality as a whole but with  relating ourselves, the fullness or pleroma  of humanity to Reality, noting any intellectual-operational, self-reductive, individualistic way but in a personal, self-fulfilling, total, communitarian way. He disagrees with most of the Indo-Hellenic cosmologies that seek fulfilment and personal unity with the transcendent Absolute while it rejects as illusion the world of matter, nature and history. He  wants  to advocate not the way of Sankara, a certain mystical union divorced from the reality of time and history, but the living Christ mysticism of the Pauline-Johannine type.

In order to summarise succinctly what he wants to say here, she would rather eschew the word mysticism since it has ugly connotations in western Protestant tradition. He would rather plead for participatory union, in and with Christ, with the energeia of God as it gives existence to us and all other reality in creation. Mar Gregorios would qualify the sacramental approach as a Eucharistic union mysticism in which we are one with the whole creation in our responsive self-offering to God. He does not follow St Augustine’s definition of sacrament as  a verbum visibile,  but sticks to the word mystery. The Eucharist as mystery or mysterion has the interlinked double connotation: one, being initiated into the heavenly choir surrounding the presence of God; and the other, an act of love between God and his universe through the mediation of man in Christ. This is about the ultimate participation of love in which God and the universe embrace and enter each other. The marriage is called a sacrament or mystery because this relationship at its best is the reflection and sacrament of this mutual self-giving between God and the created order.

Between mystery and mastery the rhythm is difficult and the path precarious. Yet we have two walk that path and live in that rhythm. “Our mastery of the universe is like the mastery of our bodies; it is not that we may have it for our own use, but that we may give nature, as our extended body into the hands of the loving God in the great mystery of the Eucharistic self offering. This is the mystery of the cross”. In this context technology can be the means of humanising the world of matter in time-space and thereby extending the human body to envelop the whole universe. This humanising and extending becomes a saving act only when we human beings offer ourselves and the universe to God in love. The secular technology of the mastery of nature can become the “original sin” if it refuses the human mediatory position between God and the universe, dethrones God, and indulges in lust and greed. “The mastery of nature must be held within the mystery of worship. Otherwise we lose both mastery and mystery”