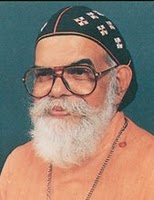 Human Enhancement and Our Future

Towards a “Post-Biological” Human Race?

The International Olympic Committee has the hard task of ensuring the  screening  of athletes  for “doping” or the use of prohibited drugs and other artificial stimulants in sports and games. Very strict policy  measures and   sophisticated screening methods are afoot for preventing it since doping is considered to be a highly unethical practice. The principle is that natural human physical abilities and not artificially augmented ones should be put to the comparative test in competitions.  Any artificial enhancement will violate the principle of equity and fairness, and will destroy the fundamental rule of competition in sports and games. This is the classic stand in all competitive games throughout history. It is silently assumed that there is a certain  limited range for natural human capacity, and  competitive tests should be judged within that range. It may  seem interesting, however, to note  that the Olympic motto Citius, Altius, Fortius – Faster, Higher, Stronger- does not set any limit for human  excellence.

It is likely that the international Olympic Committee will have to face a lot of questioning from the newly emerging human enhancement technologies.

Human Enhancement Technologies (HET) are increasingly becoming a major ethical question for humanity since a rather  large  chunk of human scientific research and experiment today goes into such technologies, and they open seemingly unlimited expansion of human physical and mental capabilities. Enhancement in our ordinary language simply means increasing, improving, expanding, empowering, strengthening and so on. In Human Enhancement Technologies we try to overcome the natural limitations of the human body and mind, and expand the range of capability far beyond what is necessary for maintaining the normal health of human beings. The assumption here seems to be that human growth and expansion have no fixed  ceiling and that our present physical and mental capability is only a stage in the evolutionary process. Now we have the scientific knowledge and technical means to take the human capacities far beyond their natural limits to superhuman powers.

The newly emerging technologies like nanotechnology, information technology, biotechnology, artificial intelligence, neurosciences, genetic engineering and other related disciplines can converge to  augment our senses and perception, our limbs and muscles and our brain and cognition. Robots and Cyborgs are leaving the pages of science fiction to become a daily reality in human life. A Robot surgeon who performs very complex operations on a human body and brain will be hard to swallow for many people, but it can be a reality soon. The new technological chimeras like  Cyborgs        ( from cyber+ organism) may overthrow all our traditional understanding of what a human being is since a Cyborgs can effectively fuse together living organic parts with dominant mechanical elements. We are  already aware of what genetic engineering can accomplish in terms of eugenics and designer babies. Suppose the living brain is extended to an external hard disk, amazing feats of memory, calculation and coordination becomes possible in no time. Uploading a functioning brain to a computer and working on it is theoretically possible. Experts begin to speak of Metamind and Deep Learning in this context. The mind-machine interface is getting thinner  and ever more  transparent.   Artificial intelligence is going to make a radical breakthrough in our digital age.

Anything New? In fact, human enhancement or augmentations is nothing new. The tool making man from very primitive times used various natural instruments to increase his physical power like when he used a stick or a stone to kill animals for his food. Elderly people  used a cane to support their weak bodies. In modern times we invented devices to increase the power of our eyes by the use of eyeglasses and the sensitivity of our ears through hearing aids. Then we have pacemakers to enhance the functioning of our hearts and built-in devices for artificial insulin supply. We have come to smart watches which can give information to the medical personnel about our blood pressure, sugar level, heartbeat and saw so on. We take in  capsules  to boost our energy, antidepressants to lift us out of lethargy. The market is teeming with food supplements for children to improve their memory and physical and mental performance. Even a cup of coffee or tea in the morning is an artificial device to boost our energy. We do not attribute any ethical issues at this level. Taken in moderation even “wine gladdens the heart of man” as the Bible says though the use of alcohol and drugs particularly among the younger generation is certainly another area deserving serious ethical reflection concerning our future.

In fact, all scientific technological inventions for the last 300 years or so have the major goal of increasing human utility, convenience, comfort and pleasure. Now technology dreams far out of immediate human needs, and wanders in search of an incredible universe where enhanced superior intelligence would completely change the paradigm of our living, thinking and imagination.

The conceptually infinite potential of the human being and its manifold realisation are admissible and legitimate from a Christian theological point of view because the Scripture teaches that human beings are created in God’s image and likeness and are endowed with a freedom and creativity for which no limit is set. Created human beings  are called to participate in Creator God’s own infinite nature and glory.

Naturally a lot of ethical questions arise. Human Enhancement for what purpose? Who decides it? Who benefits from it ? What would be the ultimate consequence? What are the possible misuse and distortion of enhancement technologies including  Artificial Intelligence  for evil purposes?

There is a lot of discussion in the secular world about  who controls, who owns, what would happen to employment, finance, political structures etc? They are all important , but our focus is primarily theological.

A few ethical-theoogical considerations may be in order:

First, there is the perennial difficulty that human freedom is always haunted by evil that may hijack our exercise of freedom of choice and all our creative imagination and action. The Tempter was present at the initial test of Jesus in the desert while he fasted and prayed for 40 days. The Evil One tried to persuade the Son of Man to exercise his freedom in a very vast range of choice, from converting all the stones of the desert to food to becoming the emperor of all the universe. But Jesus refused to be persuaded, and  turned away from the magnificent avenues that were opened to him. The tempter was present at the concluding point of his earthly life as well when Jesus, in excruciating pain, prayed to God the Father to remove  from him  the cup of suffering and a cruel death. He overcame the power of evil throughout his earthly life.

We cannot deny the ambiguity surrounding all freedom and creativity as exercised by human beings. There is no good in our vyavaharika world unmixed with evil. The horrific German Nazi concentration camps, the Turkish genocide of Armenians, atomic bombings and other atrocities of the World Wars,  chemical and nuclear warfare and innumerable ways of inflicting violence on human life are all exercises of human freedom. Unfortunately they turn out to be demonic expressions of human creativity and  freedom. An IS army or a neo-Nazi regime will be able to use the most sophisticated enhancement technology available to us to destroy the whole human civilisation.

The irony is that all major inventions in areas like information technology,  nuclear technology and space technology have been manipulated  for destructive purposes. They can eliminate all life on earth  when wrongly used. . In fact, any great, good  and hermetically secure technology can be subverted  by an equally or more powerful evil technology. The presence of evil in the world along with the good constantly demonstrates the ambiguity of all human creativity.

We know that all realisation of the present human potential will still be within the material realm. It all  boils down to  matter  whatever be the achievement

Here we may consider the spiritual dimension. The border between brain and consciousness is not yet tackled. But from the spiritual side this has been done by great spiritual masters in history .

Second, the Christian theological understanding of creation by God includes everything visible and invisible, cognizable and non-cognizable material and spiritual. Therefore, humanity and all its physical and mental augmentations however exalted, remain within the created realm. Mortality is the inevitable character of created reality however cosmic and subtle. Thus any technological enhancement will have to share this destiny of matter.

This is  not to discourage authentic human research and explorations, but simply reminds us that the dimension of wisdom is essential to discern the genuine human growth and the increasing elimination of  evil in the form of injustice, poverty, oppression, conflicts, violence and war that keeps humanity under its sway. The wisdom dimension opens the spiritual path for us.

Third, the potential for a spiritual breakthrough is crucial in any theological understanding of the human person and human nature. The infinite spiritual potential can be realised notwithstanding all limitations of our body and its ultimate mortality. This is demonstrated by the life of Christ whose “conquering of death by death” is the sublime example of human enhancement. Christ has promised that those who believe in him would overcome death. Transfiguration of our present reality, purging it  of all evil in order to help it  participate in God’s glory is the hope of enhancement for  those who believe in the perfecting work of the Holy Spirit. For Christians the life of Christ is normative for the position they take in the difficult  debate on human enhancement today.